Get fresh music recommendations delivered to your inbox every Friday.
We've updated our Terms of Use. You can review the changes here.

How To Be Ever Happy 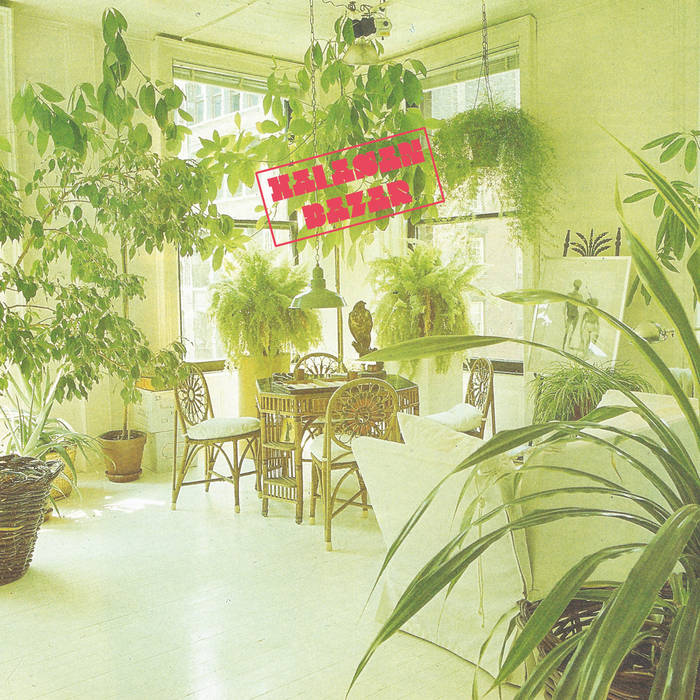 Support the band and buy it directly the digital version from them, we added for archival reasons and to show our full discography here :
halasanbazar.bandcamp.com/album/how-to-be-ever-happy

Moon Glyph introduced cassette collectors to Copenhagen’s Halasan Bazar and their magnum opus How To Be Ever Happy. Though it feels like yet another discovered relic, like a lost offshoot of Fairport Convention forgotten and gathering decades of dust in storage, How To Be Ever Happy comes from the whittling down of a massive oeuvre written between 2008 and 2010 by Fredrik Rollum Eckhoff.

Feeling the exile of loneliness from moving to Denmark from Norway, Eckhoff wrote a collection that amounted to three CD-R albums and one EP of kitchen recordings. He wrote the original demos on an acoustic guitar purchased at a flea market and a xylophone. By 2010 he’d shared the recordings with enough musicians that shared his admiration for 60’s AM psych that he formed Halasan Bazar and entered the studio with one week to make an album. After distilling 60 demos into 13 tracks, the band rehearsed the songs that would become How To Be Ever Happy and recorded at a staggering pace, eating in shifts fueled by chocolate cookies and black coffee.
 
The Halasan Bazar debut was finished, but still missing a title. Eckhoff described the post-recording time as one of existential struggle, prompted by a “naive vision of love being put to the test.” The ex- which is the “you” of most of his songs returned from India with a present for Eckhoff, a joke gift in the form of a
paperback titled How To Be Every Happy. “I immediately knew it to be the perfect title for these depressed and confused songs.”

How To Be Ever Happy was soon released on Steve Rosborough ́s Moon Glyph, on a small run cassette edition. Upon its original release Steve reflected on the records attraction: “the group builds dreamy, pastoral tunes sonically fitted between ’60s folk, AM pop & heaven-gazing psych. Armed with an abundance of instruments & sonics, the complex soundscapes of “How ToBeEverHappy” explore themes of alienation, love & the inner-battle. The slow, strumming genesis of “Figure It Out” matures into a blossoming of circular guitars & deep-seated hooks. On an album of never-ending gems, “Mountaintops” stands outwith its lush arrangements, sun-kissed guitars & infectious, buoyant harmonies. A brilliant new voice is here in Halasan Bazar & How To Be Ever Happy marks their great metamorphosis.”

With the partnership of Requiem Pour Un Twister and Moon Glyph, Halsan Bazar’s How To Be Ever Happy has been remastered for vinyl pressing.

Paris based label, began as a blog, run by pop loving brothers.

Bandcamp Daily  your guide to the world of Bandcamp

The Hammer and The Relentless from the Boston band Malleus stop by for a chat.